New Mexico Network for Women in Science and Engineering 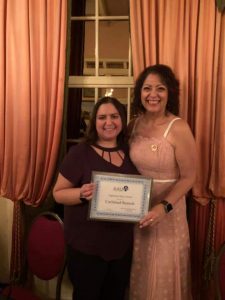 2015 Winners of the Ingenious Ideas Award:

2013 Winners of the Ingenious Ideas Award:

In memory of Terry Sleight, a long-time women’s advocate, AAUW-NM board member, lobbyist, and dear friend, the New Mexico State AAUW established the Terry Sleight Memorial Award in 2005.This award is given out annually to an individual AAUW-NM member or group of members in recognition of their efforts in advancing women’s issues.

THE GENDER PAY GAP BY STATE

Every U.S. state has a gender pay gap, and some are wider than others.
Click here to take a closer look.